Finnish composer Sebastian Hilli won the Gaudeamus Award 2018. In 2019 he returned to the Gaudeamus Muziekweek with his brand new commissioned work for Asko|Schönberg.

The jury – consisting of composers Mayke Nas, Nicole Lizée and Richard Ayres – was quoted saying about Hilli: “Sebastian Hilli has a very personal aesthetic that is underlying all of his music, and he possesses the technical knowledge and imagination to realize what he is driven to create. His music combines bold structures with a huge variety of subtle sonic detail.”

Finnish composer Sebastian Hilli is always in search of enchanting music. “I always want to challenge myself, my thinking and my music. Taking risks can be a struggle but it can generate something unexpected, something that you thought wasn’t doable at first. It can lead to something really interesting and beautiful.”

From an early age Hilli started making music. “I first played classical piano and my interest in composition started with improvisation. I like to improvise really free, mostly from scratch. Without rules or styles, things that were restricting the classical piano playing. That is how I became interested in creating something in music. In high school I had a music theory teacher and she said that I should write down my improvisations. That’s when I started composing.”

It seems a paradoxical start when listening to Hilli’s compositional output. His music is well crafted, very precisely structured and notated in detail. It is, as his website states, “characterized by complex woven textures and nuanced sonorities [and] long-span processes.” His concerto for guitar and chamber ensemble Confluence/divergence (2013–2015) is a good example of these characteristics. It took two years to write, because he “worked with complex combinations of sound entities and instrumental techniques that demanded further studying and exploring of refined ways of notation.”

There’s not much room for performers to improvise. Yet, his interest in free improvisation can still be perceived in his music. Most notably in Paraphrase II (2016), from a series of three works to date, where he quotes the music of jazz saxophonist and improviser John Coltrane. In the Paraphrase series he uses specific pieces by other composers or styles of music that he reflects on in his own work. The first Paraphrase (2015) makes use of a song by Jean Sibelius that is based on the poem Verandan vid havet by the Swedish Poet Viktor Rydberg. The third Paraphrase (2016) is based on Carlo Gesualdo’s madrigal O dolorosa gioia as a point of departure. In Paraphrase II Hilli makes explicit references to John Coltrane’s composition Giant Steps as well as ideas borrowed from the music genre acid house. But there’s more to it. In fact, using other music is an often-used technique in this set of pieces: “It is an important way to deal with issues of a specific style and reflect on my own music. First I get to know the material really well. The first sketches are almost transcriptions. Step by step I get closer to my own style, but some of the original material remains. It is an interesting way to get to different elements and find something new.” For Hilli, music history is almost like a musical treasure chest, from which he picks wonderful gems. He gives a new reading of the musical past and after he is finished it can only be described as his own. 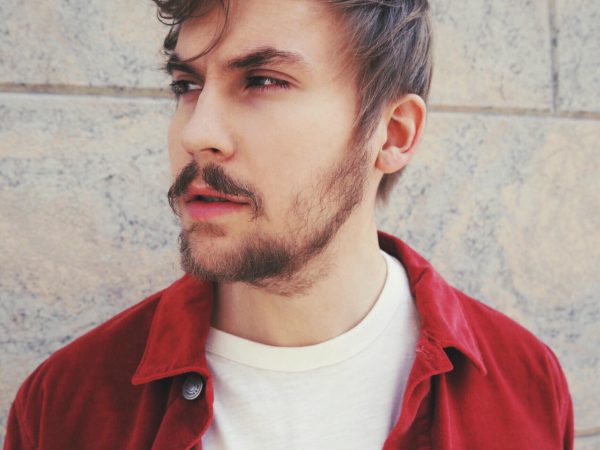 In 2020 we celebrate 75 years of music pioneers